Monahans Chamber of Commerce
FREE - On the Play Store 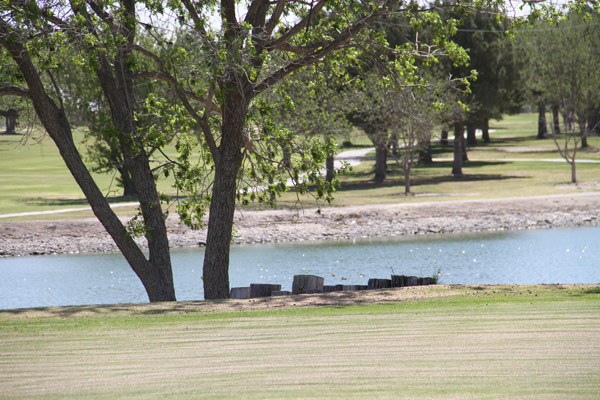 The Center of the Permian Basin

Monahans offers an exceptional business climate, prime location on major trade routes, and smart, hard-working individuals. Combined with our famous West Texas hospitality and year-round warm climate, you get a community that works for your business success. Join us in Monahans and let it work for you!

Monahans has an abundant high quality water source, an excellent school system, very low crime rate, tax and utility rates that are among the lowest in the state and is located in the Center of the Permian Basin.

Retail trade is a significant part of the Monahans economy. Approximately 60-70 retail and wholesale establishments service an estimated population of 9,000 people. There are 5 smaller communities located within a 15-mile radius of Monahans. This makes Monahans a very convenient and necessary shopping location for many of the local residents and adjacent communities.

Monahans has a volunteer fire department with over 32 volunteer fire fighters. It is financed through a cooperative effort between Monahans and Ward County. Monahans has earned a property protection class rating of 5 from the State of Texas. The expansion of the water system, the purchase of firefighting equipment and the training of the firemen all went into the securing of this rating.

Monahans Police Department is composed of 11 officers who each have their own patrol unit. The Ward County Sheriffs Department has 10 officers, 3 reserves and 12 patrol units. There are 3 highway patrol officers and 1 weights and measure officer.

Located just five miles east of Monahans on I-20 – the Monahans Sandhills State Park consists of approximately 4,000 acres of sand dunes that resemble the Sahara Desert and sometimes reach a height of 70 feet.

Trailer and camping sites with water, electricity, and shade shelters are located in the heart of the dunes. Restrooms and showers are conveniently situated near the trailer and camping areas. The park concession building, which was constructed in 1903 and was first utilized as a railroad section house, is available for private meetings and parties, and can be rented by making a reservation at the park office.

One of the most interesting arboreal oddities in the United States is located at the Monahans Sandhills State Park – a miniature forest of Havard Oaks trees that only reach waist high. The forest occupies 40,000 acres making it one of the largest oak forests in the U.S.

Endangered species of animals identified by the State of Texas you may see in the Sandhills or other areas in Ward County include: American Peregrine Falcon (falco peregrinus anatum), Whooping Crane (Grus Americana), Black Footed Ferret (Mustela nigripes) and the Gray Wolf (Cais lupus).

An early attempt at crude oil storage, the Million Barrel was built in 1928 and measures approximately 426 feet by 522 feet by 35 feet high and was designed to hold a million barrels of crude oil.

Also located at the Million Barrel Museum are the original restored Holman House – a former stagecoach station and premier hotel; and the old 1928 Monahans jail along with farm, oil and railroad equipment from the early 1900’s.

Monahans has the notoriety of having had several pieces of meteorite stones weighing approximately 2.5 pounds hit town in March of 1998. The fall received nationwide attention because seven boys, who were playing only a few dozen feet from the crash site, witnessed the event. These meteorites are on display at the Monahans City Hall.

Pyote Museum and Rattlesnake Bomber Base The Pyote Museum and Rattlesnake Bomber Base is located on I-20 about 15 miles west of Monahans. Pyote was a major Air Force training base for B-17 bombers during WWII. The base was later home to the Enola Gay that dropped the first atomic bomb on Hiroshima. The museum displays local area history of the base.

Other Sites of Interest

Using Monahans as a base, there are also a variety of day trip attractions and activities to please the most diversified of visitors and tourist. Some of these more notable trips consist of: